I surveyed the fatty acid content of a diverse assemblage of 40 NE pacific macrophytes (i.e., seaweeds and seagrasses) from the San Juans and combined this with an analysis of published data from taxa from around the world. I found that macrophyte groups (at the level of phylum, order and family) have different (multivariate) fatty acid signatures (J. of Phycology 2012). This phylogenetic signal in algal fatty acids may be useful for natural products prospecting and have since been applied for tracking use of these macrophyte resources by consumers (see Chapter 3).

In this project I compared biomarker signatures of marine benthic invertebrates at several different sites and across 2 depths (15 and 100 m). When comparing members of the same species from different depths, I found that invertebrate tissues were consistently enriched in stable isotope signatures at the deeper depths and fatty acid signatures consistently differed as well. Using an algal aging lab experiment, we found support for the hypothesis that algal degradation and associated colonization of algal detritus by microbes may contribute to these differences of consumer biomarkers in the field. This work is published in Lim. and Oceanography (2013).

Here, I conducted a series of controlled feeding trials involving invertebrate herbivores and scavengers in experimental food webs fueled by different primary producers (algae, phytoplankton, etc.) to experimentally measure the transfer of dietary biomarkers into tissues of consumers. The results of these feeding trials will inform future questions about the contribution of different basal resources to subtidal and intertidal food webs. The experiments involving isopods are published in MEPS (2014). 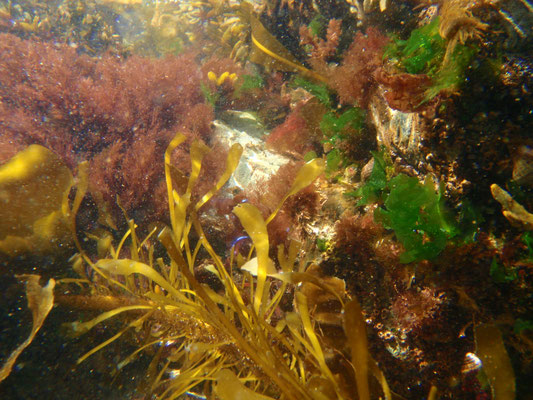 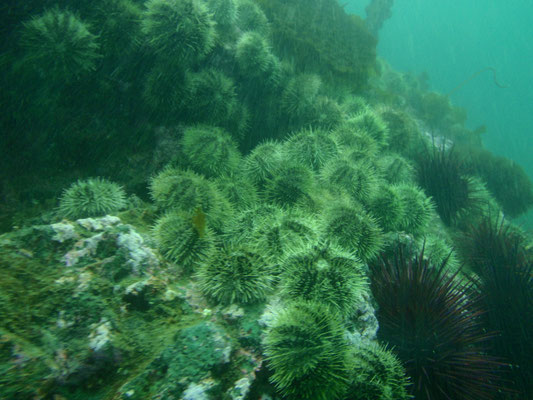 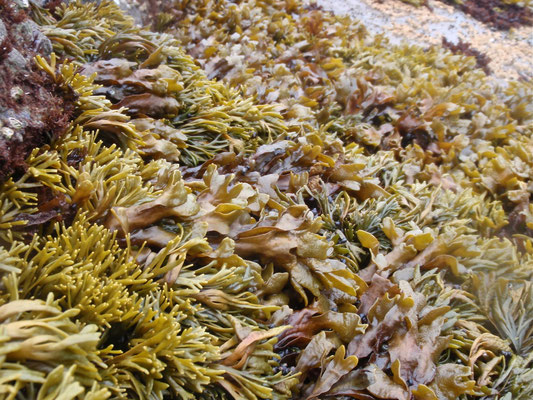 At Friday Harbor Labs, I collaborated on several exciting projects with members of the Duggins/Dethier/Sebens Labs:

I am also interested in terrestrial ecology, resource management, and citizen science (see Galloway et al. 2006, 2011). For my Master's I worked on a study of ungulate and cougar spatial use and the human dimensions of wildlife interactions. Working as an ecologist has provided many great adventures, including: research on pinniped haul-out behavior (Washington and Alaska), diving in the Russian Far East (Sakhalin Is.), measuring the response of benthic mobile macrofuana to commercial geoduck aquaculture operations (McDonald et al. 2015), and subtidal population surveys of geoduck clams (McDonald et al. 2015) and sea cucumbers.